10 Signs of Foundation Issues in Your Home

Home » Blog » 10 Signs of Foundation Issues in Your Home 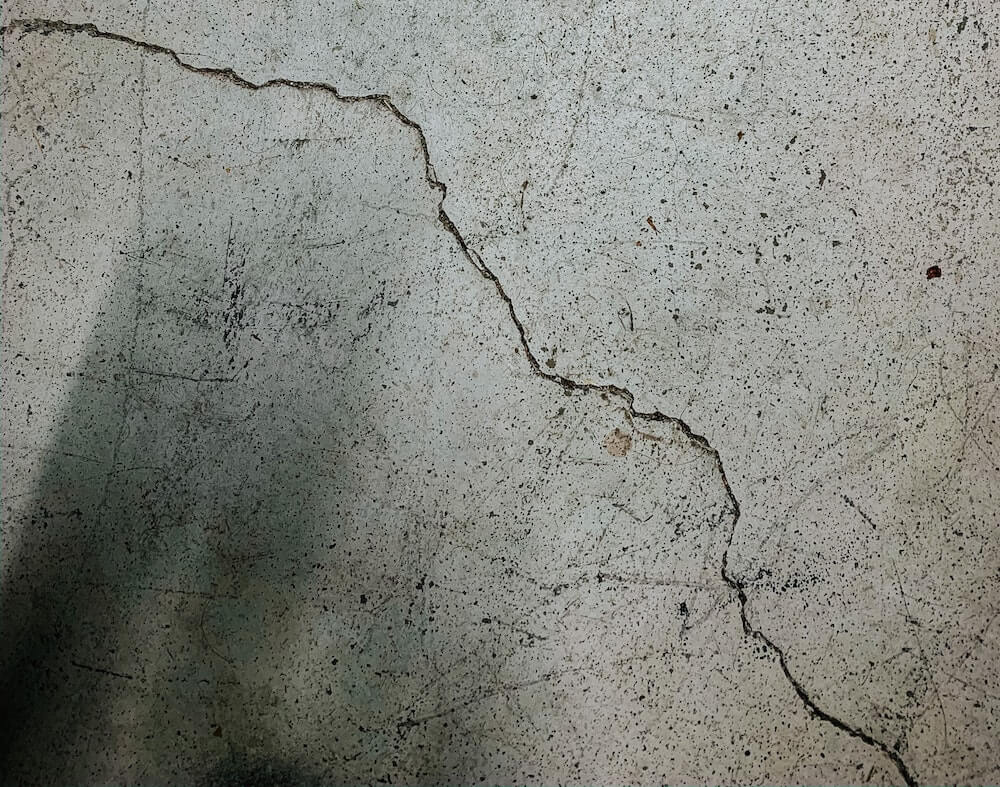 Fluctuations in temperatures and humidity cause fine and Small cracks in the interior and exterior. However, large cracks indicate that the property’s foundation has lost its strength, causing part of the house to sink. This usually happens when moisture in the soil where the foundation lies is either too wet or too dry.

Homeowners should consult professionals to provide permanent solutions. When cracked walls remain unrepaired, they can lead to more significant problems such as wider cracks, doors and windows separating from the walls, and sinking of one side of the wall. Furthermore, cracked walls can reduce the value of the house significantly.

2. Water Leakage in the Basement

The continued shifting and expansion of the soil weakens the concrete, causing cracks that allow water or moisture through the basement. Homeowners are likely to find a musty smell or mold, indicating water leakage. If the problem continues, larger cracks may develop, allowing more water into the basement, which could have a detrimental effect on the house’s stability.

Doors and windows stick for many reasons, such as a loose hinge, expansion from high humidity, and loose hardware. However, if several fixes have been made and nothing seems to work, this is a clear indication of a structural problem with the foundation. Minimal shifting of the foundation may cause difficulties in opening or closing doors and windows.

Uneven floors, cracks in the interior and exterior walls, and unexplained gaps between walls and floors are foundation problems that mainly cause doors and windows to stick out. If the issue isn’t addressed immediately, cracks begin to form on windows, causing a significant decline in the house’s value.

Sinking is on one side of the house is caused by a continuous shifting of the foundation. Homeowners can identify sinking when they notice changes such as the walls no longer meet the ceiling, uneven floors, or bowing floors.

Climatic conditions, age, and soil-related issues can make the foundation settle. After construction, every structure is expected to settle a bit, but uniformly. The tolerance level depends on the soil properties and the foundation design. Some properties of the soil layers may change and may not be able to support the structure of the house, causing part of the structure to sink. Homeowners should consult professionals for foundation stabilization and repair before the sinking accelerates.

The separation joint is installed in a house’s structure during construction to compensate for the movement caused by the shifting of the soil, wind, and changes in temperature and humidity. Problems with the foundation may cause such movements, causing the joint separation to fail, resulting in massive wall cracking.

Rotten wood may indicate other structural damages apart from foundation problems. However, when there is a considerable amount of rot in floors, pliers, and beams, it shows serious foundation problems that need to be repaired immediately.

Shifting of the foundation may cause large cracks that provide crawlspace or passage of water to the basement. As a result, beams and piers are likely to be attacked by termites, increasing damage to the house’s structure.

7. Pulling Away of the Patios

Despite providing steady support to the house, foundations also offer support to the patio. Essentially, patios are built to be part of the house. Thus, once homeowners notice their patio has been pulling away from the house for no apparent reason, they should be concerned since it indicates foundation failure.

8. Walls Pulling Away From the House

Homeowners should contact professionals if they notice the exterior wall is pulling away from the house. This is usually caused by a continuous shifting of the foundation and may cause the wall to fall if it isn’t fixed soon.

A cracked chimney is mainly caused by poor exterior drainage or expansion of the soil, causing the foundation to crack and settle. This results in the cracking or tilting of the chimney. Pilings can be used to reinforce an unstable chimney as a short term solution.

When the foundation begins to settle, sometimes the water pipes get broken. This may result in cracks and water leakage that may become severe if ignored.

A house foundation plays a significant role in the stability of the entire structure. Once damaged, it may cause severe problems, reducing the value of your house. Have more questions? Speak to an expert about selling a property quickly.

Request a free, no obligation consultation.